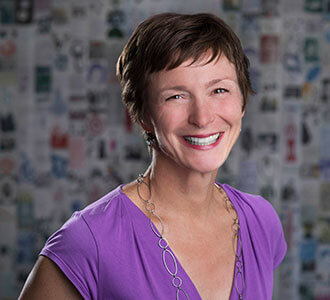 After 10 years as Rose Community Foundation’s Senior Program Officer for Health, Whitney Gustin Connor is embarking on a new role as executive director of Kids First Health Care, a local nonprofit that operates eight pediatric clinics, including six school-based health centers, with the goal of providing high-quality, accessible health care to the children of Adams County and beyond.

During her tenure at Rose Community Foundation, Whitney directed strategic philanthropy to increase health care coordination, equity and accessibility in the seven-county Greater Denver area, working with advocacy groups to inform policy that addresses the needs of the region’s most vulnerable populations.

“Rose Community Foundation has long believed in the power of prevention and the importance of a healthy start in life,” said Foundation president and CEO Lindy Eichenbaum Lent.  “Whitney has championed grantmaking in that arena, investing Foundation dollars in efforts to ensure children are born healthy, stay healthy and are surrounded by caring, capable adults. Whitney’s approach to grantmaking has recognized the vital importance of general operating dollars to nonprofits, and she has directed a purposeful strategy to support and sustain organizations that are led by and serving communities of color.”

Whitney has managed multi-year grantmaking initiatives in critical areas of care for children that have traditionally been underfunded, including social-emotional health and healthy brain development.  As the Rose Community Foundation health program area became a champion for early childhood mental health, she helped pioneer collaborative efforts like the Funders Network on Early Childhood Mental Health.

Jeannie Ritter, Foundation trustee and chair of its health committee, said, “It has been incredible to see how Whitney has leveraged our impact by bringing other funders along in this work. She took that to a national level as Colorado has been a model for creating collaboration among funders in the early childhood mental health arena, which happened thanks to her cooperative spirit and recognition that we can increase our impact when we don’t go it alone.”

Health committee member Lilly Marks said, “Whitney’s enthusiasm for this work is contagious. I know she will continue to make a difference in the community, and the children of Colorado will benefit.”

Read Kids First’s announcement about Whitney’s new role here, and please join us in our collective excitement for Whitney as she follows her passion for children’s health care accessibility to her new professional home.