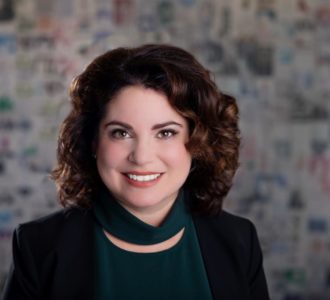 Lindy Eichenbaum Lent joined Rose Community Foundation as President and CEO in November 2017, leading the Foundation’s efforts to advance inclusive, engaged and equitable Greater Denver communities through values-driven philanthropy. Through leadership and advocacy, grantmaking, donor engagement and stewardship of philanthropic resources, the Foundation supports strategic and innovative solutions to enduring challenges and emerging issues in seven-county Metro Denver across a wide range of issue areas while also stewarding donor-advised funds for individuals, families and businesses and endowments for nonprofit organizations seeking to sustain their vital work into the future.

Lent previously served as executive director of the Civic Center Conservancy, leading the urban place-making organization’s nationally-recognized public-private-nonprofit partnerships to revitalize downtown Denver’s Civic Center Park – elevating and sustaining the National Historic Landmark as a vibrant and iconic cultural and community hub through programming, capital improvements, advocacy and fundraising. In recognition of her work, she received an Impact Award from the Downtown Denver Partnership in 2017.

Shortly after moving to Denver two decades ago, Lent served as then-Denver Mayor John Hickenlooper’s communications director – both for his first mayoral campaign in 2003 and his first term in office. In 2007, she was named senior advisor to the mayor and subsequently served as the City and County of Denver’s director of communications for the 2008 Democratic National Convention.

Named one of Girls Scouts of Colorado’s 2022 “Women of Distinction,” a 2017 Denver Business Journal “Thought Leader” and one of the Colorado Women’s Chamber of Commerce’s “Top 25 Most Powerful Women” of 2016, and a 2012 Denver Business Journal “Forty Under 40” honoree, Lent currently serves on the Lowry Redevelopment Authority Board of Directors, the Prosper Colorado Leadership Council and the City and County of Denver’s Stimulus Investment Advisory Committee. A member of the International Women’s Forum’s Colorado chapter, Lent previously served on the 2020 Leadership Committee for the Governor’s statewide COVID Relief Fund, the Colorado Media Project executive committee, the City and County of Denver’s 2011-12 Structural Financial Task Force, the Denver Preschool Program Board of Advisors, and the boards of the CU Cancer Center Fund, Golden Triangle Creative District and American Jewish Committee/Colorado Chapter.

Lent received her bachelor’s degree in political science with honors from Stanford University and her master’s degree in journalism from Northwestern University. She and her husband Jason have two children.