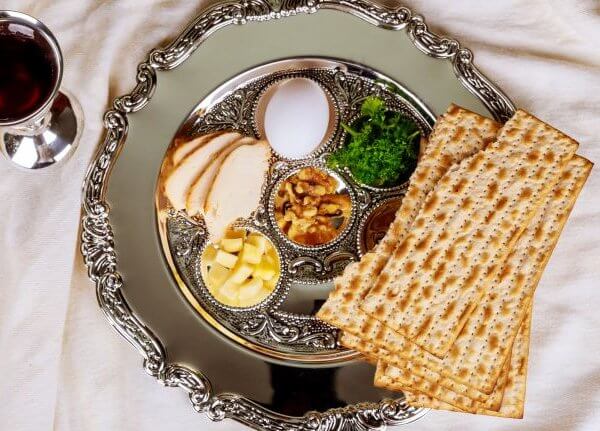 The Time to Rise: A Passover reflection in uncertain days

I don’t know the name of the woman, but I’ve imagined her, starved and desperate,
caged in the filth of a Nazi concentration camp, whispering a memorized recipe into
the ear of her young daughter. This is how you make your grandmother’s challah.
Remember it. Know that the day will come when you’ll bake it again.

I don’t know the name of the daughter, but I’ve imagined her too, gripped in the
monotony of her daily terror, reciting ingredients and method in her head,
memorizing, clinging to each line of a family recipe like a vestige of her childhood,
lost to a world at war.

I’ve imagined what it was like for the girl, emerging from the ruins after years of
imprisonment, orphaned and alone, and what it must have meant to her the first
time she re-created the recipe, the memory of her mother’s voice guiding each
step—the whisking of combined ingredients and the dough between her fingers and
the meticulous crossing of each rolled strand into its braid and the painting of the
egg wash and the smell from the oven filling the room as it baked. I imagine the
significance of the prayer of gratitude before that first piece broke into her hand—
Blessed are you who brings forth bread from the earth…—and the taste of it, finally,
on her tongue.

I don’t know their names. I wish I did. I wish I knew every particular of the story.
The details, as with so many stories, have been lost to time and distance, to the
telling and re-telling, like a game of telephone, a message whispered from ear to ear
across generations. This particular recipe for this particular bread first came to me
from a dear friend in Denver, who got it from her son in Pittsburgh, who’d lived
there for a while, next door to a relative of a holocaust survivor. I don’t know the girl
or her mother, but I’ve been handed a fragment of their story.

We adopted the recipe at our restaurant and have been baking it every Friday since
we opened four years ago, telling what we know of its path through those
recollected ingredients and method, and sharing it, as we imagine it was meant to be
shared. Every Friday afternoon for four years, our kitchen has been filled with the
aroma of that dough rising throughout the day, and every Friday night, we have
broken bread with our community. It’s been our nod to a celebration of life. When
we break that bread, we’re reminded to pause, to consider what it means to be alive
in this very moment, before the details dissipate like a fragrance from the kitchen.

The week of the first announced pandemic-related lockdowns in Colorado was the
first time we weren’t able to bake for Friday evening’s dinner service. Like so many
businesses and individuals, we were knocked sideways by the need to distance
ourselves. We scrambled into survival mode, and were forced to furlough most of
our staff, who are like family to us, and who desperately need their income.

The empty dining room and the sparse kitchen in which we’ve been working are in
so many ways a measure of sadness, a daily reminder of the part of life that’s
missing right now. It’s a sadness offset only by the near-constant acts of kindness
and generosity and patience and cooperation we’ve been privileged to witness. We
had a number of inquiries that first week asking if we’d be offering our challah as a
part of our new takeout service, and the answer we were forced to give broke our
hearts: no, we just don’t have the time.

You know the story—you tell it every year. Against the ropes, with their very lives
on the line, there was no time for the bread to rise. So they ate crackers, and they
survived. Their survival didn’t come without loss. The tradition of challah—a
symbol of manna from the heavens that fed a people as they wandered through a
desert—is meant to remind us of our blessings in the face of hardship and isolation.
It’s an all-too-fitting symbol for the times.

After the shock of that initial week, we got our bearings, did some quick math, and
determined that if we could get just 24 orders, we could put our beloved baker back
to work, at least for a day. As it turned out, we had to stop taking requests when we
hit 40 loaves. And it happened again the following Friday: Bread, like internet orders
from the heavens.

This week, as Passover arrives, we’ll pause our challah service once again to
remember the paths of true hardship that those who came before us endured. Most
of their names aren’t recorded—the details of their true lives, reduced to mythology,
can only be imagined. The story is just a story. The details are just details. The recipe
is just a recipe. But the human spirit endures in the act of telling, and re-telling.

This week, both symbolically and literally, we refrain from joining each other in the
sharing of our weekly bread. We imagine the fear and desperation of imprisoned
ancestors, the burdens of those who went before us, and we listen for the message
they’ve whispered across the generations: Suffering can be endured. Allow room for
hope. Even when you are most lost, there is bounty in your midst. This week, we eat
the bread of affliction. Next week, even as we continue to wander, we rise again.

From our too-empty kitchen to your too-empty dining table, we wish you health and
peace and deep, deep meaning in this holiday.

Josh Dinar is a Rose Community Foundation trustee, a member of the Foundation’s Jewish Life Committee and an alumnus of the Foundation’s first Roots & Branches cohort and the Wexner Heritage Program.  A former Boulder JCC board member, Josh owns several restaurants in the Denver-Boulder area, including River and Woods and Ash’Kara. 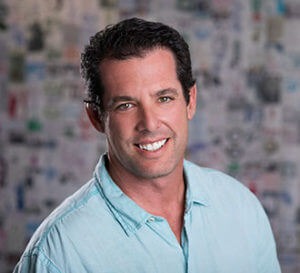