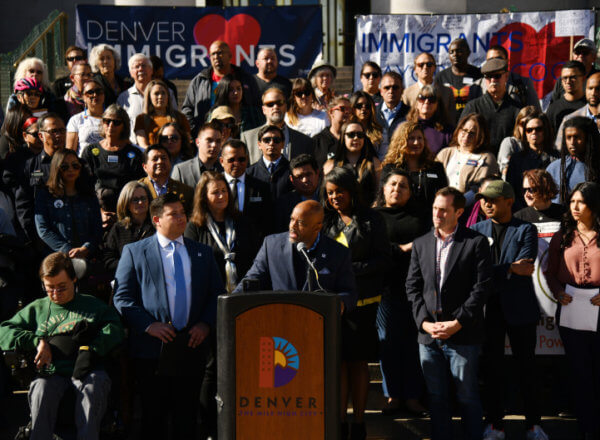 Nearly 20 years ago, I began working with high school students in Commerce City in a college preparation program. The time I spent with the bright, caring and accomplished students at Adams City High School was my first experience working closely with students who had been brought to the United States as children and reached college-going age, only to realize that they were not U.S. citizens. It was also the first time I experienced an entire family’s collective heartbreak when their outstanding son or daughter was denied a scholarship, financial aid and a pathway into higher education because of a decision beyond the child’s control.

Since 2000, I have worked with countless students in this same situation. Many of the young people I worked with have gone on to become college graduates, teachers, policymakers, business owners and parents. They are now my peers in the education reform space and leaders across the country. Many of these young professionals have been able to overcome what once seemed like insurmountable barriers because, starting in 2012, they were able to apply for and receive the federal protections of DACA (Deferred Action for Childhood Arrivals).

For the past seven years, DACA has given over 700,000 young immigrants the opportunity to attend college and the ability to work legally. This includes 15,000 young people in Colorado including nearly 10,000 in Metro Denver.

DACA recipients nationwide are economic multipliers who contribute over $42 billion to the U.S. economy annually. Recent data from the Center on American Progress shows that Colorado DACA recipients have contributed $113 million dollars in federal taxes and $59 million dollars in state and local taxes. Their spending power boosts our state economy to the tune of $527 million dollars. Equally as important, the National UnDACAmented Research Project at Harvard University demonstrates that DACA recipients have experienced a pronounced and measurable degree of social mobility because of their protections. As a result of better educational and career programs, Professor Roberto Gonzales notes that, “they’ve experienced a better quality of life. They’ve settled into new neighborhoods; they’ve improved their living arrangements….and they’re in a much better position to support their parents and other family members.”

DACA recipients have been living, working and making significant contributions to Colorado for decades. And, if you think you don’t know anyone who is a DACA recipient, think again. In addition to the 15,000 Dreamers with DACA status, nearly 30,000 individuals in Colorado are living in a mixed-status household, and DACA recipients now have 7,000 U.S.-born children.

Today, November 12th, the Supreme Court will hear oral arguments regarding the fate of this incredibly successful program. In doing so the Court will consider the lawfulness of the current administration’s 2017 rescission of DACA and determine whether to reverse the decision of lower courts that have allowed current recipients to continue to renew their status. If the Court rules in favor of the current administration, DACA could be gone by mid-2020 and with it, the protections of thousands of smart, courageous young people who make up the fabric of our city and state.

Rose Community Foundation has had a long and sustained commitment to undocumented students, including supporting years-long advocacy efforts to win tuition-equity in Colorado, helping support the process for students to obtain their DACA-status and most recently, through our Community Action Fund, which gave grants for legal services to help individuals remain DACA-eligible or to adjust their legal status when possible. Our history and values, rooted in social justice and inclusion, compel us to stand up for all our immigrant and refugee neighbors, including this incredible group of young people. For anyone that has worked with undocumented students or has friends, neighbors or family that are undocumented, the answer to whether the Supreme Court should uphold the administration’s decision is simple. DACA is not only good for the young immigrants and their families, it is good for all Americans. This is true not only from an economic standpoint, but more importantly, for the moral fiber of our country. DACA recipients move our country forward.

The Court will reach a decision in the coming months. The period between now and the decision is a critical time for all current DACA recipients to renew their protections if they are eligible. In these uncertain times, you can help by contributing to the costs of renewal applications for DACA recipients. We suggest the following organizations as places to donate:

And if you would like to stay informed on the issue, you can sign up to receive national updates from FWD.us.

Rose Community Foundation will not sit idly by in the face of injustice and discrimination. We invite you to join us in signaling our support for DREAMers in Colorado and across the county in this moment of extreme uncertainty. Their bravery and courage compel us to stand up with them.

Janet Lopez is the Senior Program Officer at Rose Community Foundation and the author of the book Undocumented Students and the Policies of Wasted Potential. 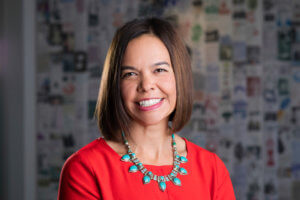