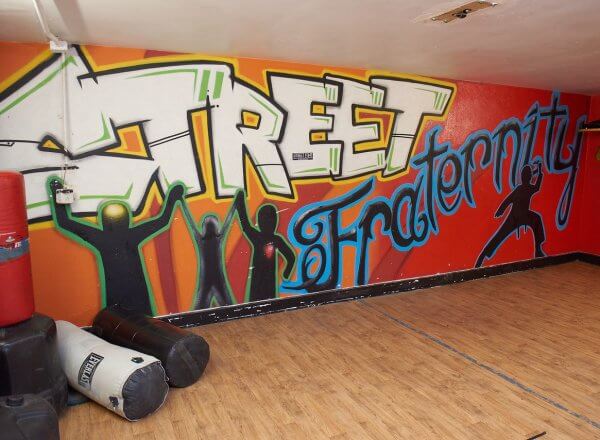 Written in bold, black graffiti on the eastern wall of Street Fraternity’s “aggressive room,” across from a cluster of punching bags and weight racks, are two words that lie at the organization’s core: “Positive Warriors.”

Street Fraternity (Street Frat), a nonprofit located in the heart of Denver’s East Colfax neighborhood, aims to channel the aggression of local youth into personal growth. “We welcome conflict in this space,” says Yoal Ghebremeskel, Street Frat’s co-founder and executive director. “Rather than having fights break out around the neighborhood, we’d rather see that resolved here.

The organization serves boys and young men ages 14 to 25, most of whom are former refugees or recent immigrants. From 4:00 p.m. to 9:00 p.m., Monday through Thursday, Street Frat’s doors open wide and welcome in a diverse collection of drop-in participants.

For the young men who call Street Fraternity their home away from home, the building represents an oasis, an escape from a neighborhood with high rates of crime and poverty. Inside its vibrant walls, which house a music studio, a computer lab, a library, a meditation room and an exercise room, participants are free to come and go as they please. While staff and volunteers are around as needed, the youth are empowered and encouraged to make the space their own.

“They decide when they show up and they decide when they leave,” says Ghebremeskel, who immigrated from Eritrea, East Africa. “This place attracts youth and young men who aren’t always doing well in school. Typically, that kind of structure does not work out for them. So when they’re here, there’s no requirement on our end – they’re moving around this space however they want, building brotherhood and respect.”

The autonomy and trust given to the youth allows each participant to carve out his own path. Recognizing that school is not for everyone, the organization has built relationships with a variety of career path networks, and Street Frat staff members work closely with young men as they explore work development opportunities.

In February 2020, sixteen-year-old Djiby Sarr was accepted into a Job Corps program. To honor his upcoming enrollment, staff decided to arrange an impromptu dance party for him and his fellow participants. On an otherwise nondescript Thursday evening in late February, boys and men from around the neighborhood flooded into the Street Frat building to celebrate their friend.

For co-founder and program specialist Amadou Bility, the party not only served the purpose of celebrating Djiby’s accomplishment, it offered other participants the chance to see one of their peers following through on his goal. “We always tell the youth they need to follow in order to lead,” says Bility, a former refugee from Liberia. “We want to show the other kids here that they can follow in his footsteps.”

April 1, 2020 marked Street Frat’s seven-year anniversary. “We continuously hear from our participants, ‘If it weren’t for Street Frat, I’d be locked up! I’d be dead! Street Frat is my home! Street Frat is my family!” says Ghebremeskel. “I ask myself all the time, if we weren’t around for these past seven years, what would have happened?”

There may not be a way to fully answer Ghebremeskel’s question, to quantify the organization’s immeasurable impact. But for the boys and young men like Djiby, who have grown up in and eventually will move on from the oasis on East Colfax, one thing is certain: they are forever positive warriors. 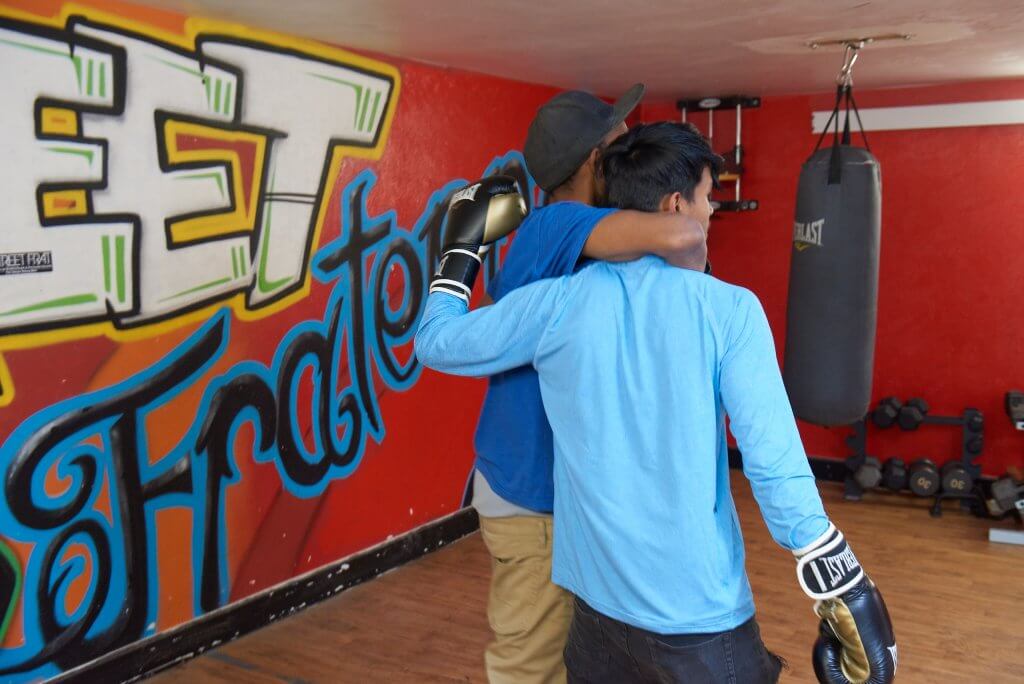 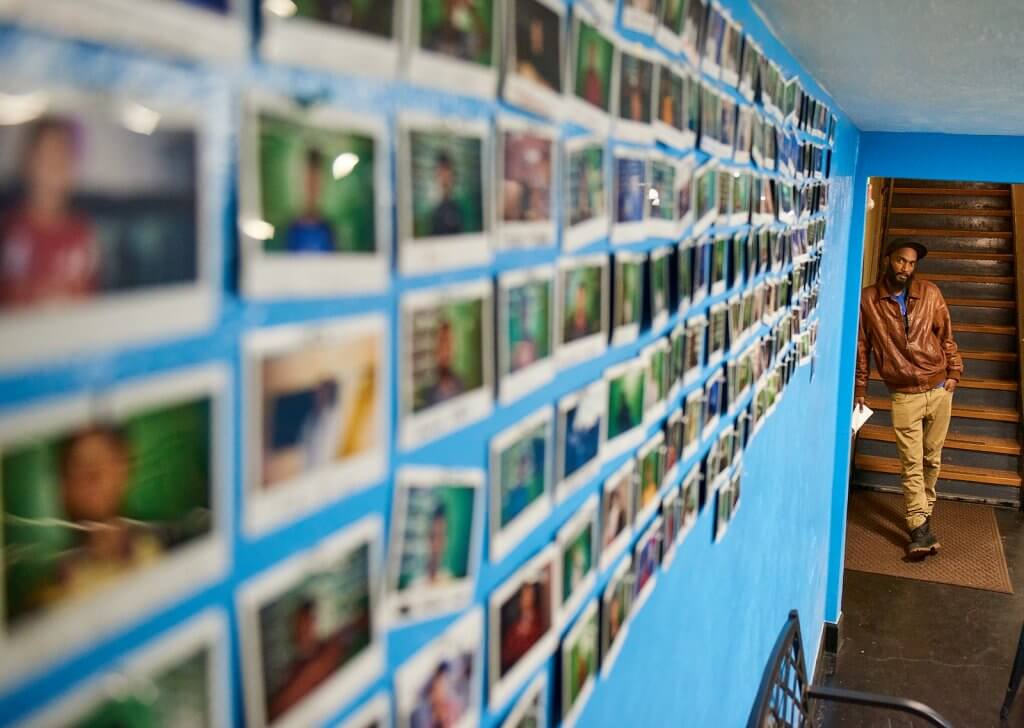 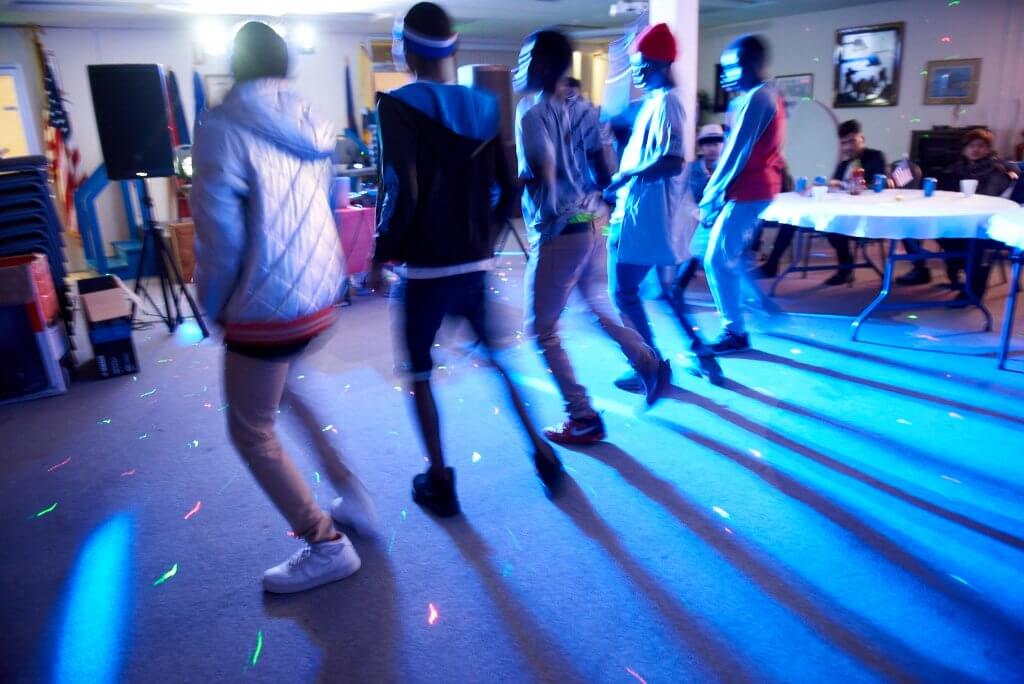 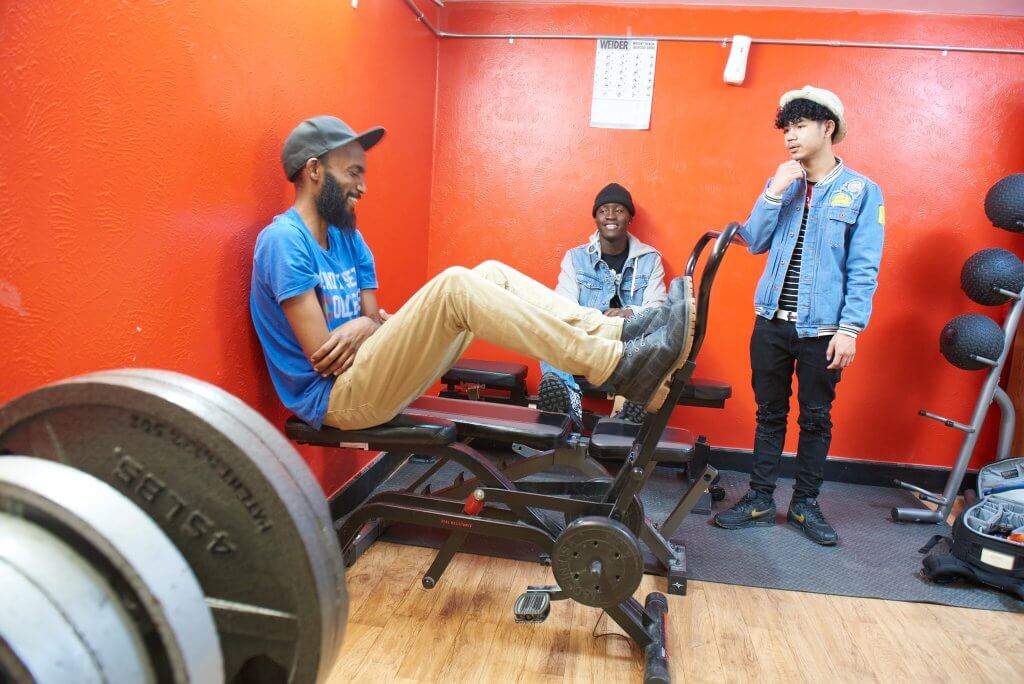 Over the next month, Rose Community Foundation will spotlight nonprofits and donors from our 2019 Annual Report on our blog.

In 2019, Rose Community Foundation granted Street Fraternity $50,000 to support current and developing programming at Street Frat to increase positive behavioral health of boys and young men in the East Colfax neighborhood, and develop a pilot program for oral health provision. More recently, the Foundation and a donor-advised fundholder awarded Street Frat $7,500 in our first phase of COVID-19 grantmaking.

During the COVID-19 pandemic, Street Frat has impressively expanded its services. While SF has always offered meals to its participants, it is currently providing 45 protein-full food trays each day to participants and other community members. In addition, each Thursday during the pandemic, the Street Frat team distributes an average of 200 bags of essential food and supplies, including clothing and toiletries, to participants’ families and in-need community members.