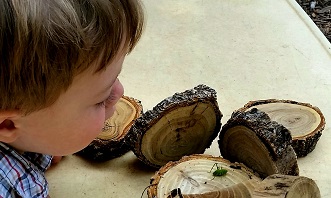 We invite you to access, read and use the Standards of Excellence (SOE). These guidelines are designed to help synagogues and Jewish community centers (JCC) with early childhood education (ECE) centers achieve exemplary educational practice—to understand what this looks like and how to create these experiences in your own ECE Center. The SOE also addresses areas such as marketing and integration of ECE center families into JCCs and synagogues.

The SOE includes 15 separate standards, with numerus sub-sections throughout. These can be used by synagogue or JCC executive directors, clergy, ECE center directors, staff, supervisors, and leadership teams who work in any area the Standards address. As a self-assessment tool, the SOE is designed to help synagogues and JCCs with Jewish ECE centers organize, visualize, and track quality improvement.

We hope the SOE spurs a robust conversation about the role of Jewish ECE in our community. And we welcome feedback and questions at standardsofexcellence@rcfdenver.org.

Click here for a printer-friendly version of the Standards of Excellence.

The SOE is the result of ten years of work and millions of dollars invested to enhance and improve Jewish ECE and family engagement in Denver and Boulder synagogues and Jewish community centers (JCCs). It was developed initially as part of the independent evaluation of the Colorado Jewish Early Childhood Initiative, a partnership of JEWISHcolorado (formerly the Allied Jewish Federation of Colorado), Colorado Agency for Jewish Education, Jay & Rose Phillips Family Foundation of Colorado, Rose Community Foundation and other anonymous donors designed to help the Denver and Boulder Jewish ECE centers. 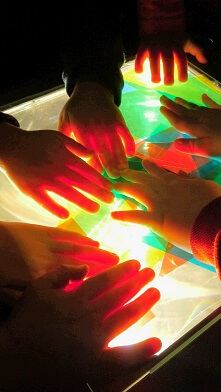 The SOE was first meant to guide this independent evaluation work specifically related to ECE professional development initiatives, and to provide ECE centers with a framework for internally reviewing their educational practices. Until now, various independent evaluations depended entirely on the initiatives’ designers to determine the “yardstick” by which they wanted to be measured. The SOE helps to remove this dependency.

After the SOE was used for the Colorado Jewish Early Childhood Education Initiative, it was refined and expanded to evaluate the impact of BUILDing Jewish ECE, a three-year Rose Community Foundation capacity-building initiative in the Denver and Boulder areas, which was also supported by JCC Association, Jay & Rose Phillips Family Foundation of Colorado, the Union for Reform Judaism and the United Synagogue of Conservative Judaism.

Standards of Excellence in the News

An Opportunity Not to Be Missed: Marketing Early Jewish Childhood Education to Parents, JTS’s Gleanings, Summer 2017

How the Standards of Excellence elevate a mentor-coach and an entire field, by Karen Stokes, JEducation World, June 9, 2017

A Landmark Moment for the Field: Unveiling Standards of Excellence in Jewish ECE, eJewish Philanthropy, April 6, 2017