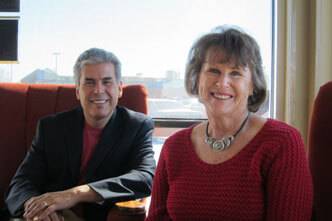 Mental Health America of Colorado (MHAC) is a leader in the area of mental and behavioral health. The organization educates and advocates to eliminate the stigma surrounding mental illnesses and substance use disorders, and to increase access to treatment. But it is not an expert in handling an endowment.

So when MHAC’s board set a goal in late 2010 to raise $50,000 for an endowment, the organization chose to house the funds at Rose Community Foundation. “You’ve got to know your expertise. We’re mental health people, not investment people,” says Don Mares, MHAC’s president and CEO. “Rose has a stellar reputation, and has demonstrated a broad-based, deep commitment to the Denver metro community.”

MHAC made another important decision about the fund – to name it after Mares’ predecessor, Jeanne Rohner. “Jeanne was president and CEO for more than 12 years, and she took over at a challenging time,” says Mares. “With her vision and diligence, she ensured that MHAC maintained a very healthy presence in the community. It felt right to everyone to name the fund in her honor.”

The initial endowment drive has eclipsed its original goal, with more than $71,000 in contributions through March 2013. Mares is thrilled and sees the endowment fund as providing two main benefits to MHAC: “It will help us ride out ‘roller-coaster’ economic cycles, and it demonstrates our stability as an organization.”