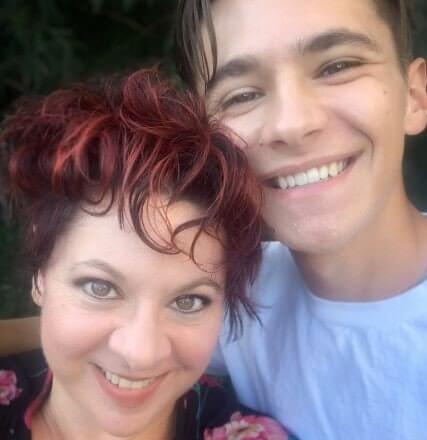 Sandy Goldstein was frustrated. The 16-year-old Denver native was upset about the repeated killings of Black Americans and wanted to join peaceful protesters that were taking to the streets to demand justice. But because of the coronavirus pandemic, he and his family felt it was unsafe to participate in the demonstrations.

“I was sitting at home thinking that I really just wanted to be out there doing something,” Sandy recalls.

He decided to reach out to Emily Kornhauser, Rose Community Foundation’s Director for Collaborative Philanthropy, for ideas about how to get involved. The two had previously worked together through Rose Youth Foundation (RYF), a youth-led giving circle of Rose Community Foundation that empowers teenagers in the Greater Denver region to grant $60,000 to local nonprofits each year. Emily is RYF’s advisor and Sandy is a current member.

Sandy was surprised and excited when Emily suggested he start an issue-oriented giving circle of his own.

“I had been thinking I would make a small donation somewhere, but it doesn’t feel like you’re making a huge impact when you just donate $25 to a charity,” says Sandy. “Emily gave me the idea to include my friends in the process and sent me a bunch of materials for starting a giving circle.”

“Collaborative philanthropy is a great way to begin a philanthropic journey,” Emily explains. “Giving circles empower donors to learn together and give together. The process encourages deeper conversation about the issues at hand and often leads to a collective charitable gift that is greater than any individual could have made independently.”

When Sandy first reached out to his friends about starting a racial justice giving circle, most of them were unfamiliar with the concept.

“This is my first time doing something like this,” shares Victor Nardi, one of the friends that Sandy contacted. However, Victor says, the plan quickly picked up momentum within the group of friends: “When Sandy told us about his idea to collectively do research and pool our money in support of the Black community, I got really excited.”

At the group’s first virtual meeting, they created a mission statement: to support organizations that aid the minorities and People of Color in our community. They also determined that each month they would select an issue that affects people of color in Denver, such as voting rights or police brutality, and direct their giving to nonprofits on the front lines of that work.

In June, their first month of funding, they donated to two organizations: Center for African American Health and Showing Up for Racial Justice. They plan to fund organizations supporting LGBTQ+ people of color in July.

“We have a lot of hopes for this project,” Sandy says. “Not only are we focused on maximizing the impact of our own group’s giving, we hope to inspire other people in the community, especially teenagers, to create their own giving circles.”

The group plans to reach out to classmates and teachers with updates about their work. Sandy has also shared his experience with his RYF cohort: “RYF members have seen the positive impacts giving circles can have and I think they would be great ambassadors for the cause.”

Sandy’s mother, Lori Sabian, has also been reaching out to friends and family to encourage them to support the group’s efforts. An alumni of Roots & Branches (R&B), a Rose Community Foundation giving circle for young adults, Lori is encouraging members of her network to match donations to organizations the giving circle funds.

“As adults, we should always strive to make young people’s voices louder, better and clearer – no matter the issue,” says Lori. “It has been exciting to see Sandy and his friends build and grow this giving circle in such an intentional and effective way.”

The group has created a website to keep people updated on their giving. Their hope is that other teenagers will see what they are doing and take initiative to give back as well.

“If you are a young person who was born into a position of privilege, it’s important to give back,” says Victor. “I want to use my privilege to make a difference for those who are unfairly affected by racism. I think it’s something we should all do.”

“A lot of people our age think that, because we’re young, there isn’t a place for us to make a big difference in the community,” adds Sandy. “But taking a leap is the most important step. Once you put yourself out there and say what you believe in, you’ll be surprised by how many people want to join you.”