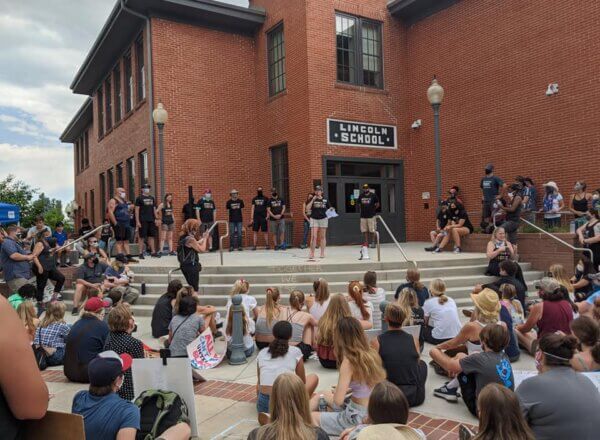 Advocating for an Equitable Redistricting Process

The first data from the 2020 Census was released in April 2021, revealing that Colorado’s population grew nearly 15 percent over the past decade and giving our state a new congressional seat in the U.S. House of Representatives. The initial census data brings good news for Colorado and reflects the hard work of census outreach efforts around the state, including Together We Count, a group that focused on reaching hard-to-count communities under Rose Community Foundation’s fiscal sponsorship.

However, there remains a critical step toward ensuring all Colorado communities get the political representation they deserve for the decade to come: the redistricting process.

Every 10 years following the census, congressional and state legislative district boundaries are redrawn to reflect population changes and ensure that “communities of interest” – groups of people in a region that have common cultural, economic or social characteristics – are maintained. District maps affect who individuals are represented by and determine whether or not communities have a say on the policies that affect them.

Across the country, underserved communities have historically been left out of the redistricting process and have subsequently often been denied adequate representation. Lifting up these communities’ voices is critical to cultivating a fair and inclusive process that advances equitable outcomes.

Before Colorado’s redistricting commissions submit their final plans in early September, community members have an opportunity to provide input and feedback on the preliminary maps that were unveiled in late June. Over the next six weeks, individuals and organizations are able to provide public comment at scheduled meetings and to propose redistricting maps that prioritize underrepresented communities of interest.

In response to these needs and opportunities, Rose Community Foundation made grants to four grassroots efforts to advance inclusion and equity in the redistricting process.

Colorado Common Cause is working to cultivate an equitable and transparent process that is open to all Coloradans and that lifts up the voices of historically marginalized communities who have been sidelined in the past. The organization was a key advocate for Amendments Y & Z in 2018, which created a pair of independent redistricting commissions and took politicians out of the redistricting process. Colorado Common Cause is committed to ensuring that the commissions uphold their constitutional responsibility to prioritize maintaining communities of interest over political considerations.

Common Cause will train and organize grasstops leaders and community members and partner with community-oriented grassroots organizations across Colorado to ensure that communities of color, LGBTQ+ communities, incarcerated and formerly incarcerated individuals, people with disabilities, and working and low-income people have a voice in how they will be represented for the next decade.

“This year will be the first time that Colorado uses independent redistricting commissions, and it’s imperative that we get the process right,” says Amanda Gonzalez, Colorado Common Cause’s executive director. “We have the opportunity to create a foundation of equity and fairness.”

Colorado Asian Culture and Education Network (CACEN) is elevating the voices of Asian American and Pacific Islander (AAPI) communities in the redistricting process. Though Colorado’s AAPI population is among the state’s fastest growing racial/ethnic groups, areas with significant AAPI populations have historically been split into different districts, reducing their voting power and collective voice.

“Given the current context, engagement of the AAPI population in the redistricting process is more critical than ever,” states Annie VanDan, executive director of CACEN. “With hate incidents and discrimination against Asians on the rise, we deserve elected officials who will be responsive and accountable to our diverse communities.”

Colorado Latino Leadership Advocacy & Research Organization (CLLARO) is building the capacity of Colorado Latinos to advocate for equity and increased representation through redistricting maps that prioritize Latino communities of interest. Though nearly one out of four Coloradans are Latino, zero members of the state’s congressional delegation and only 13 percent of state legislators are Latino.

“The new constitutional amendments require that minority communities of interest be given greater consideration when district boundaries are redrawn,” explains Mike Cortés, CLLARO’s executive director. “Preliminary maps issued by the redistricting commissions appear to ignore that requirement. CLLARO is bringing the maps to the attention of other Latino community organizations and urging them to speak up at commission hearings.”

Mi Familia Vota (MFV) is also lifting up Latino voices during the redistricting debate, utilizing a variety of methods to engage community members and participate in the map drawing process. The grassroots organization plans to educate, mobilize and empower Latinos across the state to demand their communities receive proportional representation.

“MVF is committed to ensuring that our community is involved in the redistricting process and that their interests and voice are heard,” says Colorado State Director Salvador Hernandez.

View the commissions’ official calendar for location and timing details.