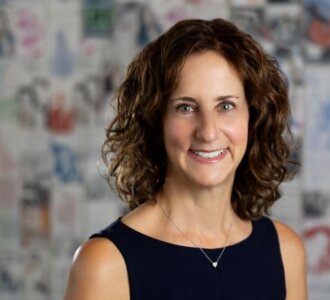 Julie Selsberg leads the Colorado Medical-Legal Partnership at Children’s Hospital Colorado where she assists patients and families with their health-harming civil legal needs.

Julie spent more than a decade as a prosecutor, first as a trial attorney in the Manhattan District Attorney’s Office and then as a First Assistant Attorney General in the Colorado Attorney General’s Office. At the AG’s Office, Julie led a DNA exoneration program that resulted in the exoneration of a man who had been wrongfully incarcerated for 17 years. Julie was named an Attorney of the Year by Law Week Colorado and received the Attorney General’s Award for Exceptional Performance and the Colorado U.S. Attorney’s Award for Excellence for her work on both the exoneration and in establishing a best practices committee for prosecutors in Colorado.

Julie has also provided pro-bono immigration services for the Children’s Program at the Rocky Mountain Immigrant Advocacy Network. In addition, fulfilling the wish of her father who died from ALS, Julie was an advocate and co-petitioner for the medical aid-in-dying ballot initiative that was passed by Colorado voters in 2016.

Julie’s involvement with Rose Community Foundation began in 2012. She is a former member of Rose Women’s Organization and the Foundation’s Aging Committee, and is currently a member of the Jewish Life committee and chairs the Policy and Advocacy committee. Julie also sits on the boards of Spring Institute for Intercultural Learning and East Angel Friends & Alumni Foundation. She is a graduate of Northwestern University’s Medill School of Journalism and Washington University School of Law. Julie and her husband, Josh Protass, have two teenage children.