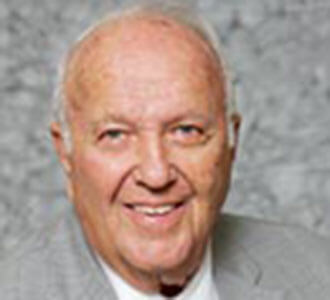 After decorated service in the United States Army, Mr. Robinson began his career in the dairy business, working in the milk plant operated by his family. He has spent his entire working career in the dairy business. He and his brother, Eddie, formed the present Robinson Dairy in 1975, by purchasing the assets of Roberts Dairy for their operations in Denver. They sold the company to Dean Foods in 1999.

Mr. Robinson has been active in a multitude of community and charitable organizations. He serves on the boards of the Denver Art Museum, HCA-HealthONE and is a lifetime trustee of Regis University. He is past chairman of the Colorado State University Board of Governors, the Denver Area Council Boy Scouts of America, the Greater Denver Chamber of Commerce, Mountain States Employers Council and Rose Community Foundation, and past director of US Bancorp in Minneapolis. He currently serves as a member of Rose Community Foundation’s Investment Committee. He is also the past chairman of the Milk Processors’ Education Program that presents the milk moustache ads.

Mr. Robinson, an avid golfer, is a member of the Castle Pines Golf Club and the Denver Country Club. He has been married to Marcia for 57 years and has two children, John and Ellen, and two granddaughters.