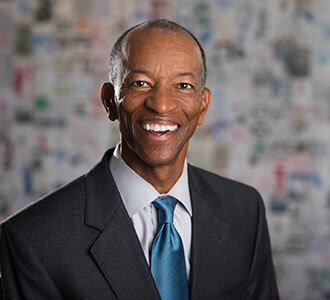 Currently a business consultant, and an independent director of the Federal Home Loan Bank of Topeka, Milroy Alexander is the former executive director and CEO of Colorado Housing and Finance Authority (CHFA), where he was employed for more than 21 years, and was previously its chief financial officer. Along with community service, he has an established career in broad-based business and financial services.

Prior to joining CHFA, Mr. Alexander was a financial manager with a major medical instrument manufacturer; senior audit manager at Touche Ross & Co. (now Deloitte), where he worked for 11 years; and owner of a Great American Chocolate Chip Cookie Company franchise store in one of Colorado’s largest regional shopping malls.

He is a current member and former chair of Rose Community Foundation Committee on Aging and a former trustee Foundation, as well as a former member of its Audit and Finance Committee, Board Development and Gift Acceptance Committees. He is Board Chair of Lowry Redevelopment Authority and Northeast Denver Housing Center. Mr. Alexander also serves on the advisory board of Boomers Leading Change. He is a member of Denver Metro Chamber of Commerce Finance Committee and Metropolitan State University of Denver President’s Community Cabinet.

Mr. Alexander is the recipient of the 2006 David E. Bailey Small Business Advocate of the Year Award presented by Denver Metro Chamber of Commerce. He is a CPA, with a Bachelor of Science degree in accounting from Metropolitan State University of Denver. He has completed the Denver Community Leadership Forum program, the Denver Metro Chamber Leadership Foundation Leadership Denver program and two University of Notre Dame Executive Development Programs.