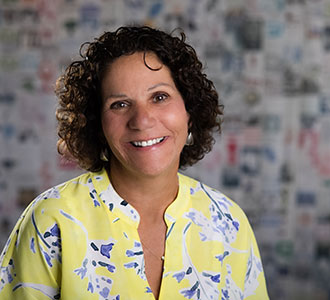 Kathy Neustadt is a freelance field producer for ABC News.  Since 1983, she has covered stories mostly in the Western US. Before ABC, she was a newswriter at KCNC-TV, Denver and Station Manager and News Director at a radio station in Leadville, Colorado.

She is the board chair of the Mizel Arts and Culture Center and a former board chair and longtime board member at the Staenberg-Loup Jewish Community Center. In 2014, she established an endowment to provide general operating support for the JAAMM Fest in perpetuity.

Kathy sits on on the Rose Community Foundation Board of Trustees and serves as the chair of the Jewish Life Committee.