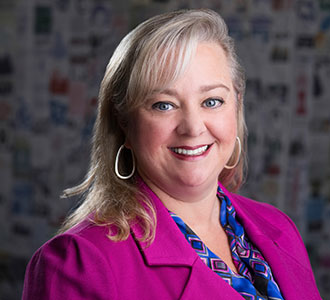 Catherine DiBella Lindsey is the Finance and Executive Assistant. She is a Denver native and a graduate of the University of Wyoming, where she received a BFA in Acting and was awarded a teaching position in the Department of Theatre and Dance while still an undergraduate. She began her career on-air at Wyoming Public Radio, and continued to work in public television and documentary film while pursuing her acting career. She served as an Actor’s Equity Association Area Liaison, helping local professional actors connect with area theatres and the national union. Lindsey was the production coordinator for the award-winning documentary film company Just Media, creating film, television and media projects about social justice and the environment. Her last film with the company, “The Last Campaign of Governor Booth Gardner”, was an Oscar nominee for Best Documentary.

She enjoys skiing with her husband David and going to rock concerts with her daughter Joan.