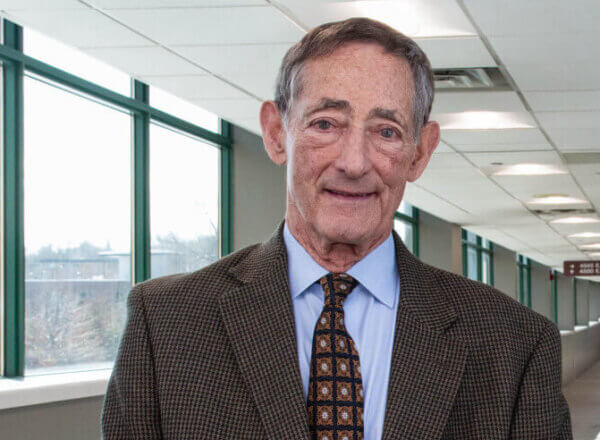 On Sunday, July 25, 2021, our community – and Rose Community Foundation – lost a beloved treasure: Don Kortz, the Foundation’s founding president and CEO and longtime trustee. With both sadness and gratitude, we honor the blessings of his memory and legacy.

“By definition, a ‘mensch’ is a person of integrity and honor who embodies kindness; Don Kortz was a quintessential mensch whose fingerprints are thankfully all over Denver, both in the Jewish community and beyond,” said current Rose Community Foundation President and CEO Lindy Eichenbaum Lent. “From Rose Medical Center to Rose Community Foundation to Children’s Hospital Colorado to the Denver JCC and so many more iconic organizations, Don and his bridge-building leadership were synonymous with lasting, enduring community institutions and infrastructure. Through his professional, volunteer leadership and philanthropic pursuits, Don built a living legacy during his eight decades, a legacy from which the Greater Denver community will continue to benefit for generations to come.”

After leading Rose Community Foundation for its first three years (1995-1998), Don served on the Foundation’s board of trustees from 1999 to 2006, health committee from 1996 to 2012, and philanthropic services committee from 2009 to 2015. Don also supported the community through his personal philanthropy. As a Rose Community Foundation donor-advised fundholder and Legacy Circle member, he was committed to supporting the arts, health research and care, and Jewish life throughout Greater Denver.

A third-generation Colorado native, Don was deeply embedded in the Greater Denver community. A member of the Colorado Business Hall of Fame, Don most recently served as of counsel at Brownstein Hyatt Farber Schreck following more than 40 years with commercial real estate firm Fuller Real Estate (which became Cassidy Turley Colorado). Deeply committed to health care and access, he served as board chairman of Rose Medical Center, Children’s Hospital Colorado and the Colorado Children’s Health Foundation, and as a board member of National Jewish Health and HealthONE. He was also appointed by Governor Owens to the Task Force on Child Welfare and by Governor Ritter to the Blue Ribbon Commission for Health Care.

Additionally, Don served as the board chair of Colorado Concern, the Denver Metro Chamber of Commerce and the Staenberg-Loup Jewish Community Center, and served as a trustee of the Anti-Defamation League, the Denver Zoological Foundation, Judith Ann Griese Foundation, Mizel Museum, the University of Denver Institute for Interfaith Studies and many financial institutions. In October 2020, Don received the Robert E. Loup Hineni Award for his accomplishments as immediate past chairman of the Denver JCC Board of Directors.

In Rose Community Foundation’s inaugural newsletter to the community in November 1995, Don wrote, “If time has taught us anything, it is the power of one generation’s decisions to impact the lives of the next.”

26 years later, Rose Community Foundation is honored to carry on Don’s commitment to our community as we mourn the loss of a forward-thinking champion of service, philanthropy and healthy communities. Don brought people together to make Greater Denver a better place for all, and he dedicated his life to improving the world around him.

May his memory be for a blessing.

Details about the Thursday morning service for Don can be found here, along with the charities his family has selected for memorial donations.