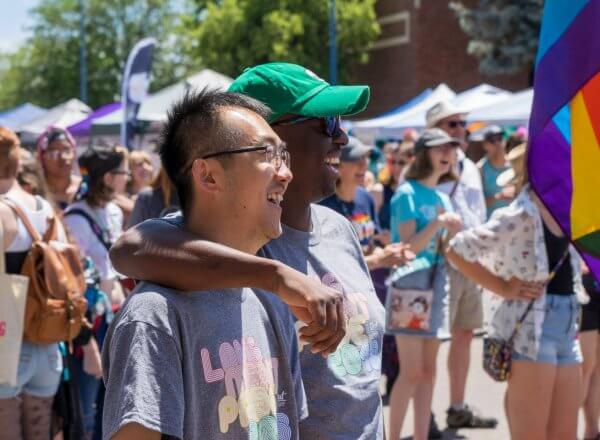 Out Boulder County: An Unlikely Partnership is Saving Lives

In 2017, Out Boulder County’s (OBC) Executive Director, Mardi Moore, began hearing increasingly from community members who were experiencing hate incidents and hate crimes. However, Moore recalls, few of these episodes were being reported.

“People were afraid to talk to the police,” shares Moore, who joined OBC in 2013 after working for the New York City LGBT Center. “Our community’s relationship with the police is complicated.”

“At OBC, we have the philosophy that if someone’s system isn’t serving our communities well, it’s on us to educate them,” says Moore. “We identified that we needed to establish a better relationship with local law enforcement in order for their system to change.”

First, Moore met with the Boulder County District Attorney, Michael Dougherty, who worked with OBC to establish a hotline to the DA’s office to report hate- or bias-motivated crimes. OBC and Dougherty then partnered on two anti-hate events and, through funding from Rose Community Foundation, produced multilingual wallet cards with instructions for LGBTQ individuals who are victims of hate crimes.

OBC also joined forces with the Boulder, Lafayette and Longmont Police Departments to create LGBTQ Liaison Programs which facilitate active collaboration between OBC and the local police. Though Moore says a handful of LGBTQ community members were upset with OBC for working closely with law enforcement, she was most interested in the outcomes that could be brought about by such a relationship.

“We’re in the business of saving lives,” explains Moore. “Everything we do links back to community connection and changing systems, whether it be through the services we provide, education or advocacy.”

OBC’s service to Boulder County’s LGBTQ communities extends well beyond its advocacy work. The organization runs several youth groups, trains and educates public-school teachers, puts on Gay Pride parades in multiple cities, and more. And with over 150 active volunteers, OBC is able to reach out to and serve the many identities within the LGBTQ framework.

“So much of this work is about showing up,” emphasizes Moore. “You’d be surprised the progress you can make if you show up places repeatedly and treat people with respect.”

Though there remains room for improvement in the LGBTQ-law enforcement relationship, Moore is encouraged by the progress she has seen in recent years. She recalls two specific situations in 2019 that exemplify just how far that relationship has come.

First, Boulder Sherriff Joe Pelle proactively reached out to OBC for guidance about reporting for transgender individuals. Currently, when people are pulled over by the Boulder police and their ID has an X in the gender field, the police have no way to record that in their paperwork. Since that call, Pelle’s team and OBC have been working collaboratively to design an administrative code change that honors and respects the transgender community.

Second, in late-2019, Moore received a call late one night from a transgender woman who had just been assaulted. After making sure she was safe, Moore recommended that the woman contact Kevin Marples, OBC’s contact at the Boulder Sherriff’s Office, the next day to report the incident. What Moore heard next brought tears to her eyes.

“Mardi,” the woman said. “I called Kevin before I called you.” 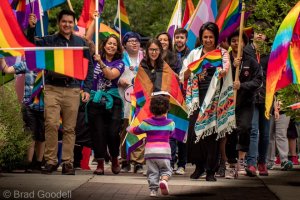 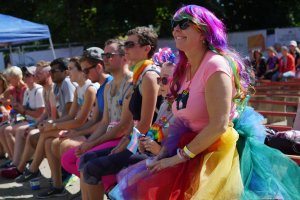 In 2019, Rose Community Foundation granted $16,500 to support Out Boulder County’s partnership with local law enforcement through our Community Action Fund.