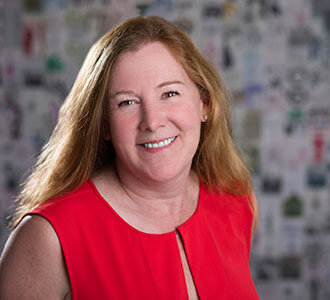 With Rose Community Foundation commemorating its 25th anniversary this year, I’ve been thinking a great deal about the Foundation’s early days. The best job I’ve ever had was being a consultant, hired in the spring of 1995, to help with the creation of something, likely a private or operating foundation, to be formed with the proceeds from the sale of Rose Medical Center.

Our group was comprised of all the past chairs of the Rose Medical Center board, and we were generously steered on our educational journey by the Piton Foundation’s Mary Gittings Cronin and Elaine Gantz Berman. We had the luxury of being one of the first hospital conversion foundations in the country without many guardrails on how to structure a new philanthropic entity or how to spend the resources.

We traveled nationally to learn from other foundations, and we held large and small community meetings around Denver getting input and listening. There was a significant amount of listening. I remember PowerPoint was not widely used, yet founding CEO Don Kortz and I had a presentation we did out in the community, set to music, with moving slides, about being on the road to becoming a great foundation.

The founding board of trustees took their responsibility very seriously. They gave their time and talents and spent a year traveling and learning. They ultimately decided to pursue a community foundation structure. They chose to focus the Foundation’s giving in five program areas in the Greater Denver area. They chose to start slowly with fundraising so as not to compete with other non-profits, and they chose to honor the roots of Rose Medical Center through an ongoing commitment to supporting the Jewish community and the Metro Denver community at large. I learned a great deal from the founding trustees. They were universally concerned about being stewards of community resources. I’m sure more than a little sleep was lost worrying whether we were doing the right things.

Over the next 25 years, Rose Community Foundation became known as a convener, a partner, a place where non-profits could have a voice at the table and receive more than just financial support. Much of this reputation can be credited to the talented staff and the skilled leadership of Sheila Bugdanowitz. I loved working with Sheila. When my girls were little, their favorite thing was to come into the office, where Sheila kept a drawer full of makeup samples, and she let them play with anything. When my family moved to Dallas, leaving the Foundation was one of the hardest parts of leaving Colorado, and a decade later when we returned, Sheila hired me back. And not much had changed in that decade we were away. The Foundation still had a crazy talented staff, dedicated Board and engaged committee members. The same funding focuses existed, together with a reluctance to fundraise or to self-promote. Rose Community Foundation was well known, with a sterling reputation among a select group of donors and non-profit organizations, but relatively unknown to a broader audience.

Losing Sheila, suddenly and unexpectedly, was a blow to me personally and to the community at large. But her loss created an urgency for Rose Community Foundation to step back and evaluate where we had been and where we needed to go. Denver had grown exponentially, and the needs of the community had changed. I was privileged to have joined the board a year earlier and had the opportunity to sit on the search committee for a new CEO. We dreamed big. We looked for a leader who could steer the Foundation into a new era. We hit the jackpot with Lindy Eichenbaum Lent, who hit the ground running and exceeded my hopes for what Rose Community Foundation could accomplish.

We recently completed a year-long strategic plan and began to embark on a brave new path that honored our past, while embracing where Denver is today, where it is going tomorrow and where the needs are greatest. I was so excited after the public launch of our new strategic direction in January, and I was thrilled to see what we could accomplish with our community partners and donors.

And then the world changed.

COVID-19 has certainly altered our reality. Everyone is scared and nothing functions the way we expect or know. Community needs are overwhelming, the divides are huge, and tensions are high. And yet, Rose Community Foundation has never been better positioned to make a difference. We’re nimble. We were using much of this year to establish new funding guidelines and systems, and thus have uncommitted resources ready to help. Our donor-advised fundholders are using staff expertise to make an immediate and impactful difference. And they’re giving generously.

I’ve been so blessed to continue to be a part of this amazing foundation. I’m excited about what the next 25 years will bring as we continue on this road to being a great foundation in service of a great region.