Across its history, the Foundation’s grantmaking has been both responsive – making grants to support nonprofit programs, services and capacity – and proactive, creating initiatives to meet emerging or longstanding community needs. We provide an array of philanthropic services work, stewarding donors’ philanthropic assets and supporting their grantmaking, while helping nonprofits sustain their missions through the creation and growth of endowments. While serving the community-at-large, we have continued to be informed by Jewish history and traditions, enumerated in our values and strategic priorities. 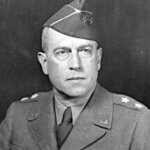 Rose Medical Center and Creation of the Foundation

Rose Medical Center – and subsequently the Foundation – were named after celebrated military hero Major General Maurice Rose. Following World War II, as discriminatory practices lingered and Denver’s population boomed, the Denver Jewish community saw a need for a hospital to serve the entire community – in all its diversity – with a commitment to excellence in care. When Rose Medical Center opened its doors, it was the first hospital in Denver to allow physicians to practice regardless of their race or religion. The Foundation proudly carries on the legacy of the hospital founders’ tradition of philanthropy, inclusion, and commitment to serving all residents. 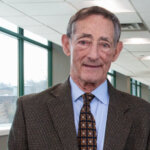 Don Kortz served as the Foundation’s founding president and CEO from 1995 – 1998. Kortz was chairman of the Rose hospital board of directors when its members made the decision to sell the hospital. Kortz agreed to take a leave of absence from his career in commercial real estate to lead the new Foundation. Following his term as president and CEO, Don served on the Foundation’s board of trustees, health committee and philanthropic services committee. Don was a forward-thinking champion of service, philanthropy and healthy communities. In the Foundation’s inaugural newsletter to the community in November 1995, Don wrote, “If time has taught us anything, it is the power of one generation’s decisions to impact the lives of the next.” 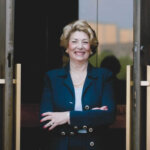 Sheila Bugdanowitz was Rose Community Foundation’s second president and CEO. She stewarded the organization from 1998 until her death in 2016. Sheila embodied the Foundation’s values of philanthropy, justice and nondiscrimination and its mission to make the Greater Denver community a better place. She supported and encouraged her staff to invest in programs that were based on clear-eyed understanding of community issues and embraced innovation. Sheila was legendary for her deep connections and relationships, many of which dated back to her childhood in Denver, and was energetic about mentoring emerging leaders in the nonprofit community.