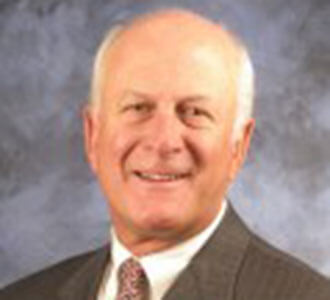 William Lindsay has an extensive background within the fields of health care and insurance. This has placed him within the sphere of the national health care policy and financing debate. The scope and depth of his experience is reflected in the various roles in which he has been asked to serve.

A student of health care finance, Bill has been a consultant to numerous health systems, hospitals and national employers. Bill has published and coauthored numerous articles and white papers on insurance, employee benefits, health care, and health care reform. He frequently serves as a speaker and panelist for the Mountain States Employers Council, national insurance companies, and national industry associations. He is often invited to give testimony before the United States Congress. Bill addressed the Senate Finance Committee regarding state healthcare reform at its “Prepare for Launch Health Reform Summit” on June 16, 2008.

In recognition of his contributions, in 2008, Bill received the National Governors Association Award for Distinguished Service to State Government, and the John K. Inglehart Award for Leadership in Healthcare by the Colorado Health Foundation. Bill was awarded the Colorado Business Magazine’s “Ethics in Business” award and the Colorado Trust’s “Community Service” award. For over a decade, The Denver Business Journal has named him to the list of “Who’s Who in Health Care in Colorado,” and in 2007, he was named the Power Book Leader in the Category of Healthcare.

Bill is a past Board Chair of Craig Hospital, Children’s Hospital Colorado and Colorado’s Commission on Affordable Health Care.  He is a current board member of the Rose Community Foundation.  Bill is a former Board Member and former Chair (2010-2011) of the Denver Metro Chamber of Commerce and was the Chair of Colorado’s Blue Ribbon Commission for Health Care Reform in 2007.

Bill has a B.A. in Political Science and was most recently the President of Lockton Companies’ Benefit Group in Denver.  He now has a consulting practice, Lindsay3, LLC.