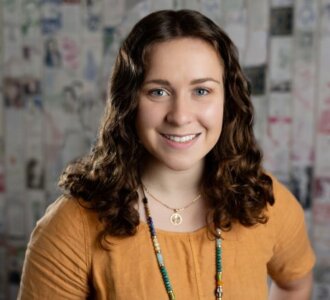 In her role as Philanthropic Initiatives Coordinator, Gillian Nyland supports and activates cohort-based programs and collaborative giving initiatives at Rose Community Foundation. She believes firmly that investing in the Greater Denver community is the responsibility of this and every generation.

Prior to working at the Foundation, Nyland was the Programs and Operations Manager for the Denver Urban Debate League, a nonprofit bringing competitive speech and debate to low-income students and students of color in the greater Denver area. A former debater herself, she traveled the world competing in multiple forms of debate in multiple languages.

Nyland is from Fort Collins, Colorado, and went to the University of Denver. There, she received a bachelor’s of science in business administration management, a bachelor’s in public policy, and a master’s of public policy. Gillian is a 2015 Bezos Scholar and a 2016 Boettcher Scholar.