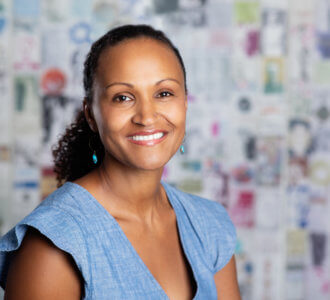 Director of Talent and Culture

Nazrawit (Naz) Medhanie joined Rose Community Foundation as Director of Talent and Culture in September 2019.  In this role, she is charged with providing human resources and people operations leadership and championing the Foundation’s culture.

Prior to joining the Foundation, she was Director of Human Resources and Corporate Social Responsibility (CSR) at Sky Blue Builders LLC, a general contracting and construction management firm, where she oversaw all aspects of human resources and directed the company’s CSR program, focusing on social, economic, and environmental initiatives.

Medhanie served as a Mentor with Denver’s City Year AmeriCorps Women’s Leadership Initiative, and as a First Friend with the African Community Center. She was a member of the Denver Metro Chamber Leadership Foundation’s 2017 Leadership Denver class. She is currently serving as Vice Chair, Board of Director for the Sun Valley Youth Center. She has also coached youth basketball in Sweden, Ghana, and the U.S, including girls’ varsity and boys’ competitive teams in Denver.

Originally from Eritrea and raised in Sweden, Medhanie has a Bachelor of Arts in Comparative Area Studies and Russian from Duke University, where she also played on the Women’s Basketball Team, which reached the national championship game in 1999 (Go Duke!). She has a Master of Arts in International Development from the University of Denver, Joseph Korbel School of International Studies. She lives in Denver with her husband, Arkan, and their two kids. She enjoys spending time with family, running, cooking, volunteering, reading, playing basketball, and traveling.