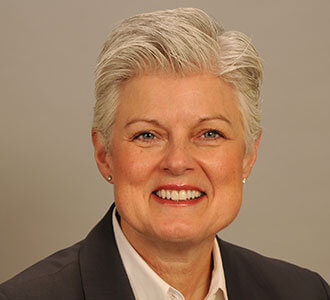 Dr. Jody Mathie is a Board-certified Pediatrician who has been practicing primary care pediatrics in the Denver area since 1984, and the founder of Cherry Creek Pediatrics.  Prior to opening her practice, she completed her residency at Children’s Hospital Colorado, and was awarded the Joseph Butterfield Award in Perinatology for her work in the NICU while a resident. She has been listed in 5280 Magazine’s TOP DOCS issue for 17 years. She completed 11 years serving on the Board of Directors of Children’s Hospital Colorado in 2011.

Dr. Mathie was born and raised in North Canton, Ohio, moving to Colorado following graduation from the University of Cincinnati College of Medicine in 1981. She did her undergrad work in Biology at Grove City College, where she graduated with high honors in 1977. Dr. Mathie has been a member of the Grove City College Board of Trustees since 2006, and currently serves as the Chair of the Academic Committee.

Highly respected in her field, Dr. Mathie has won additional teaching awards, including the Outstanding Service Award presented by the Children’s Hospital Medical Staff in 2008, and the Career Teaching Scholar Award, presented by the University of Colorado Department of Pediatrics in 2011. She served as President of the Medical Staff at Children’s Hospital from 2000 to 2002, and currently is an Associate Professor there. Dr. Mathie was instrumental in establishing the Hospital’s Quality and Patient Safety Committee in 2009, and remains actively involved on that committee.

Dr. Mathie joined the Health Committee of the Rose Community Foundation in January 2015. In addition, she serves on the Board of Directors for There With Care, a Colorado non-profit serving families whose children are facing critical illness, and on the Board of Trustees for the Colorado Children’s Chorale.  Dr. Mathie is also involved with the Ellie White Foundation for Rare Genetic Disorders, and remains a devoted supporter and fundraiser for Warren Village, Brent’s Place, and the “Butterfly Kids” Foundations.  She is committed to making a difference in the lives of children of all ages.