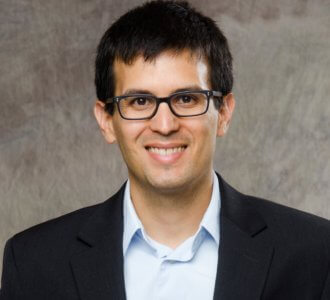 César Cuauhtémoc García Hernández is a tenured associate professor of law at the University of Denver. His academic interests center on crimmigration law, the convergence of criminal and immigration law. His first book, titled Crimmigration Law, was published by the American Bar Association in 2015. He is currently writing another book, Migrating to Prison: Immigration in the Age of Mass Incarceration, to be published by The New Press in 2019. He has published op-eds in The New York Times, The Guardian, and Newsweek.

César publishes crimmigration.com, an award-winning blog about the convergence of criminal and immigration law. In 2014, he received the Derrick A. Bell, Jr. Award by the Association of American Law Schools Section on Minority Groups, an honor issued to a “junior faculty member who, through activism, mentoring, colleagueship, teaching and scholarship, has made an extraordinary contribution to legal education, the legal system or social justice.” He has served as a scholar-in-residence at the University of California, Berkeley and Texas Southern University. During the spring of 2018 he was a Fulbright scholar in Slovenia where he was affiliated with the Institute of Criminology at the University of Ljubljana. He is currently a member of the American Bar Association Commission on Immigration.

César makes frequent public appearances discussing crimmigration law. He has been quoted in the Wall Street Journal, National Public Radio, Public Radio International, The Guardian, The Nation, La Opinión, and numerous other publications. He regularly speaks to groups of lawyers and has presented his academic research on approximately 75 occasions since 2010.