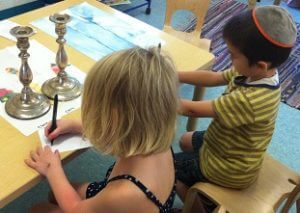 BUILDing Jewish ECE is a groundbreaking early engagement program—the first of its kind in the nation—designed to help synagogue and JCC early childhood education (ECE) centers increase enrollment, better engage Jewish families, and build stronger connections to the Jewish community. The initiative is open to all nine Denver/Boulder synagogues and JCCs with ECE Centers.

BUILDing Jewish ECE is led by Rose Community Foundation and involves a comprehensive partnership with the Union for Reform Judaism (URJ), JCC Association, and United Synagogue of Conservative Judaism (USCJ). This is the first time these national organizations are working so closely together.

BUILDing Jewish ECE is a two-year capacity-building process that provides the local institutions with ongoing coaching, training and guidance from the URJ, JCC Association, USCJ, and other experts, along with a “Toolbox of Resources” to expedite long-term growth. Together, we can help synagogues and JCCs better integrate ECE Centers into their institutions, creating exciting new ways for families to make friendships and engage in Jewish life. 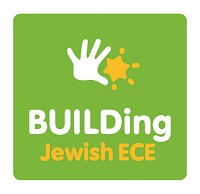 When Jewish communities reach out to families with young children, everybody wins. Study after study shows how much of a child’s personality and identity—including their religious identity—occurs during the preschool years. In fact, 85 percent of a child’s cognitive development is formed by age five, the majority by age three. So if we wait to engage the youngest members of our community, we lose out on being an integral part of their development.

Family units, too, are in the midst of formative years when their children are young. This is often when friendships are cemented and life routines established. ECE isn’t just about teaching kids, it is way of welcoming entire families into our communities and showing them all that Jewish life offers. When kids are involved in Jewish rituals and Jewish life, their parents are more likely to become involved in home rituals and holidays too.

Our synagogues, JCC’s, and entire Jewish communities benefit when families with young children are engaged.  But we must do a better job of attracting them—72 percent of current Jewish ECE students with a Jewish parent do not belong to the JCC or synagogue. Let’s welcome in these families, and break down the silos between ECE centers and the broader institution. Financially, too, ECE and family engagement makes sense. A 2012 economic study found that if Jewish ECE centers in the Denver/Boulder Area were operating at best practice standards, their congregations and JCCs’ revenues could increase $720,000 annually, an average of 11 percent.

Read more about the benefits of ECE.

All nine Denver/Boulder synagogues and JCCs with ECE Centers have been invited to participate in BUILDing Jewish ECE.

The BUILDing Jewish ECE “Toolbox of Resources” is designed to expedite long-term growth. The tools and consultation services are valued at $92,000 per institution.

The Standards of Excellece (SOE) for Jewish Community Centers and Synagogues with Early Childhood Education Centers are guidelines are designed to help synagogues and Jewish community centers (JCC) with early childhood education (ECE) centers achieve exemplary educational practice—to understand what this looks like and how to create these experiences in your own ECE Center. The SOE also addresses areas such as marketing and integration of ECE center families into JCCs and synagogues. To learn more and download the standards, click here.

BUILDing Jewish ECE in the News

Learn what one congregation learned about involving participants and stakeholders through BUILDing Jewish ECE, How to Better Involve Your Synagogue’s Stakeholders in the Work You Do, URJ Inside Leadership, May 18, 2017

How the Standards of Excellence Elevate the Mentor-Coach and an Entire Field
Jeducation World, June 9, 2017